In ancient times the hides of animals were depended on for clothing, blankets, and covering for structures. Once an animal was killed, the skin (hide) would be removed, staked to the ground, and then the fat that remained on the underside of the skin had to be removed in order for the hide to be cured. Depending on the animal, some hides have very little fat, such as rabbits, squirrels and deer - while others have a significantly thick layer of fat such as raccoons, o'possums and buffalo. If the fat was not removed properly, the hide would not cure properly, and thus scraping hides was a daily task that had to be done, and couldnt be rushed. I spent much of my youth hunting and trapping and working on mink ranches in the late 70's and then working for a fur company in Minnesota in the early 80's. Thus, I am pretty familiar with hide preparation. Let me tell you - it is not a fun job, and it is time consuming. It also requires a bit of skill as applying too much pressure with your scraping tool can easily cut into or through the hide itself.

Most collectors are familiar with prehistoric flint hide scraping tools. They come in different sizes and styles with some being hafted, some hand held, some uniface, some biface - plenty of different varieties, but all designed with the task-at-hand in mind, to remove fat from the underside of a skin.

When we say "scraper" we generally think of a flint scraper. Usually hand held, and not very large. However, other scrapers were used in ancient times that were made from Bone, wood and stone. The below example is a historic era scraper style from the 1800's that are commonly seen.

The hash marks on the handle are said to represent how many buffalo hides the user scraped. This one has over 40 marks.

What is often not known about this style scraper, is that this is simply a piece of the total scraper tool, which had a bit fastened to the end as seen in the below example

The example shown here has a bit made from metal, probably traded for, or salvaged from a pot, kettle or similar such item. Often seen, especially in Alaskan artifacts of the same time period and earlier, were bits made from stone that were flat in design and had a bit end, often made from slate.

I think it is quite likely that many of the thin, flat stone celts that are found in the midwest may well have been used as hide scraping tools in a fashion similar to the design shown above, while the thicker rounder style celts were used for daily chopping tasks.

Just an interesting set of photos that I had laying around, so I thought I would post them and offer my opinion on how flat celts may have been used on similar such scraping tools in earlier times. 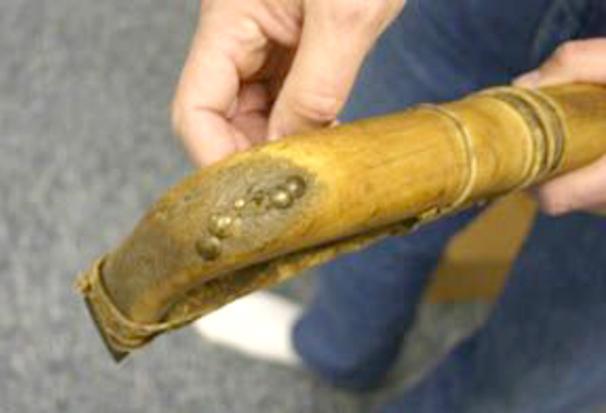 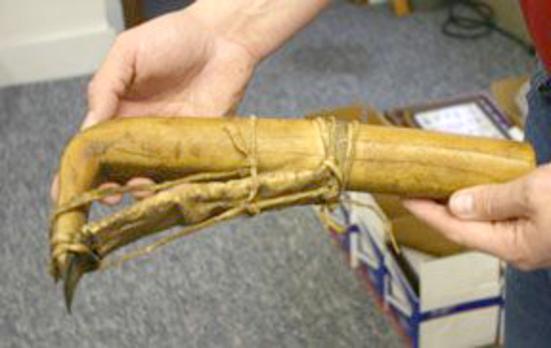 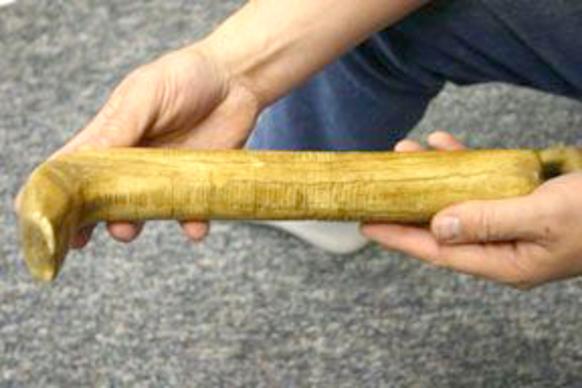 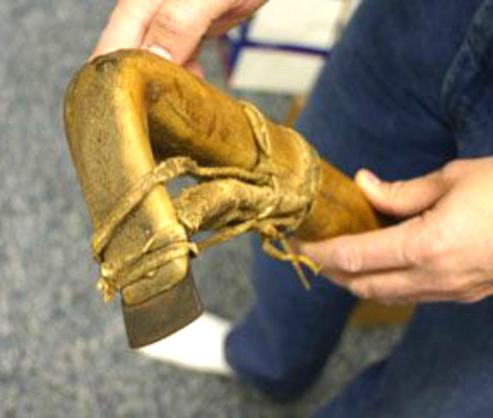 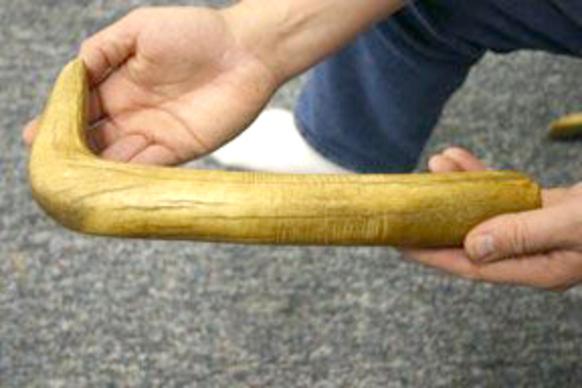