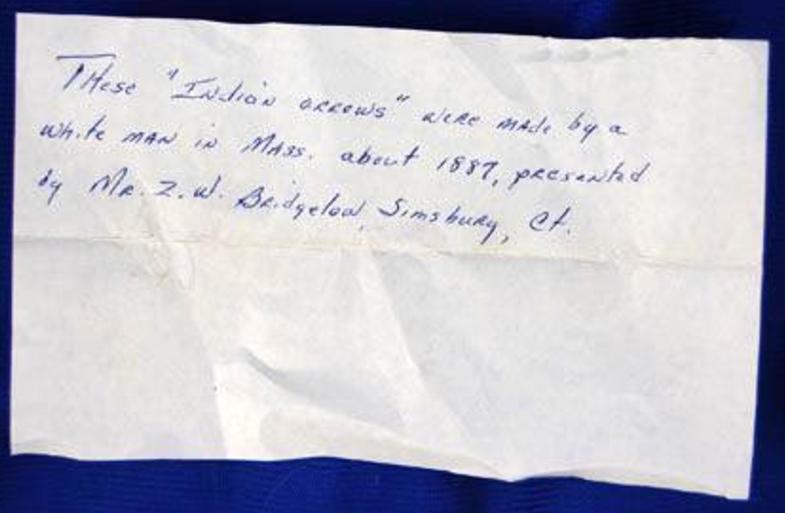 More than once I have had authentication customers, when learning their item was a reproduction say “who would waste their time making a common grade fake.”  I have also heard plenty of times the comment “but it is from a very old collection”.

For those who think that reproductions are only limited to high dollar forgeries made in the last few decades, I wanted to share this  blog post I wrote some years back:

How Long Have Fake Arrowheads Been Around?

So, for those who wonder how long reproductions have been floating around - I guess we can safely say at least since 1887 - and - if you look at the low quality of the items, so much for the common misconception that people wouldn’t waste their time making common grade fakes - at least they did in 1887.

I received a call from a gentleman on the east coast who found a couple old cigar boxes full of arrowheads and other artifacts in his Grandfather’s attic after he had passed. It was decided that he would send them to me and I would put them in an upcoming auction and let the market bring what it would on the items. All in all, it was a neat little collection that was put together long ago, and it had many of the items one would expect to find in such a collection: some assorted arrowheads, some smaller stone tools, some broken relics, a few fossils and a few plain old rocks.

There were some papers and old envelopes in the box that dated to the early 1900's, one being 1910. Also in the boxes was a little container with the  assortment of "interesting" points pictured above.

What was the most interesting to me was not thes assortment of  points - but rather this note that was in the container with them, written shortly after the turn of the century: 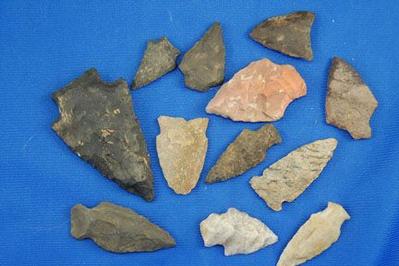