Where did the Indians come from? Did the first Indians live in caves like cavemen? What is the difference between Paleo and Archaic, and Archaic and Woodland? When did bows begin and atl-atls stop? What did the land look like 10,000 years ago? Were there tribes back then? What happened to the big civilizations like Cahokia? When did metal start being used?

The thing I love the most about prehistory is the fact that it is pre--history. It is the time before all things were written down. This allows us to ponder and theorize - to hypothesize and surmise. To seek evidence and knowledge to fill in the missing pieces of a puzzle that no one really knows what the resulting total picture may be.

New artifact collectors tend to ask a lot of questions, and I love that.  They give me the excuse to talk artifacts and history and theories about ancient America and the first people to arrive here. Such conversations reminded me of …. Me.   I remember me 25 odd years ago after I found my first arrowhead in a field while hunting, and the bazillion questions that I tried to find answers to from that point forward about America’s ancient past. It seemed to me that as soon as one question would get answered, I would think of more questions.  Like most all collectors I have met, there is nothing more enjoyable than “talking rocks” – and while talking rocks with more experienced collectors does provide answers,  it sure seem each answer quickly turns into more residual questions.

I have written in more than one book that I find the ability to envision the past the key to what drives some people to collect relics, and others to have little interest. Holding a relic in the hand and thinking about those who used it is the differentiating factor. But what really went on way back then? What did the landscape look like? What did ancient man do all day long? Having a basic understanding of the time periods that led up to the North America that we know now helps collectors understand, and appreciate the artifact we all so love to collect.

Time periods on all continents are somewhat different. Human occupation on each continent did have a starting point – that being the arrival of the first people to populate it. Those people left behind artifacts and other traces of their presence, and some of that evidence can be tested and dated. Those dates then become the basis for knowing how long areas have been occupied, what food were eaten, how those people lived and many times, approximately how many people there were at that time. That starting point in North America is still being investigated as new sites are excavated by Archaeologists, but the information thus far recorded puts man on North America around 17,000 years ago.

The starting point for human occupation in North America begins during the last major glacial period known as the Wisconsin Glaciation Episode. Much of North America was covered by ice sheets during the Late Wisconsin Glaciation. During this period, around 30,000 years ago the ice sheets were building, and around 20,000 years ago the water used in these ice sheets caused a drop in the oceans levels enough to create a land bridge in the Bering sea. This land bridge is called Beringia. It is believed by many that the first humans to occupy N. America came across this land bridge.

While this is possible, it is still jut a theory. New and very compelling evidence points to a water route migration with man traveling by light boat down the western coast. Still another theory has man coming across to the east coast by light boat.

Whichever route was used, or possibly all the routes may have been used at different points and to some degree, the end result was that man did arrive and began populating our continent.

This was the beginning of the Paleo Period.

The prehistoric times in North America are divided into Periods. Those periods are then further divided into phases and complexes, but knowing the general time periods is usually enough to get a good start. What ends one period and begins another is a major change in lifeways or technology. Generally, the technology would affect the lifeway, thus really they are one in the same. Examples would be the beginning of farming, the making of pottery, permanent structures and societal evolution.


Paleo Period 17,000 BC – 8,000 BC
It is possible that the Paleo period began much earlier, and I personally think as new evidence is found in years to come the beginning date will be found to have been much earlier. However, the above date is a good reference point from the solid evidence that has been recorded thus far.

The Paleo people came to this continent walking upright. While I am sure by today’s standards, they probably needed haircuts and a good shave, I doubt they looked like the stereotypical cavemen that are seen in the Gieco commercials. Paleo Indians were known to be nomadic, and followed the huge herds of animals that were their staple diet. With the exception of the Paleo Crossing site here in Ohio, Paleo camp sites do not have evidence of post holes, and thus their use of permanent type dwellings in a village setting has never been established. It is therefore believed that Paleo Indians traveled in small bands or clans, normally staying close to rivers and major water sources.

The archaic is a long time period, and is often divided into Early, Middle and Late Archaic.
The Archaic period is the era of the hunters and gatherers. So what makes it so different from the Paleo Period that it gets to be its own period? In a nutshell, more permanent camps. At some point as the population continued to grow and with the large mammals now extinct, man began to settle down a bit. More permanent camps were established, and along with hunting the local area around the camps, man began to gather and store food items such as nuts, seeds and roots. I believe these camps would be used until the game in the area became harder to find or the water source became tainted, at which point the village would be moved.

The predominate weapon during this period was the atl-atl and remained so throughout the entire Archaic period.

Often collectors will hear the term “Transitional Paleo”. This is used when describing some items that were believed to have been manufactured between 7,000 or so BC and 8,000 or so BC. As the time periods are general in nature, there was no doubt a transitional period.

By the arrival of the Woodland Period, man was flourishing in North America. Most all of the areas of the continent show evidence of man’s presence, and he was settled down into growing villages and was beginning to learn about farming and domesticating plants, and the technology of pottery making began. At some point during this period the bow and arrow was believed to have been invented, although the Atl-atl was still a well used weapon.

The Woodland Period was also the beginning of higher degrees of governmental societies where huge mounds were built by the Adena and the Hopewell people. Such large scale tasks would require a higher level of structured government.

By now America was filling quickly with people. The huge city of Cahokia which covered over 5 square miles continued to grow and the pottery craft was at its peak. Pottery was tempered with shell and other materials to make it stronger, and farming was a huge part of the Natives diet.

Soon, Europeans would find America, bringing with them the diseases that Natives could not fight such as smallpox and many other infectious diseases and the population of North America would see a staggering reduction that would end the Mississippian Period, and begin the Historic.

Folks, I do not profess to be an anthropologist, and the above is meant merely to be a general outline to help collectors to be able to picture that which came long before us. I hope it is of some use to some net surfing collector. 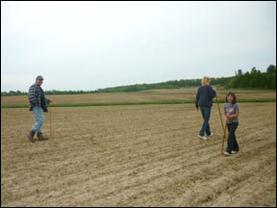 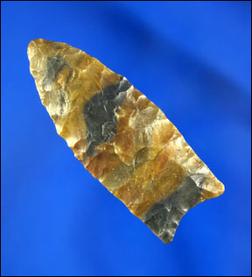 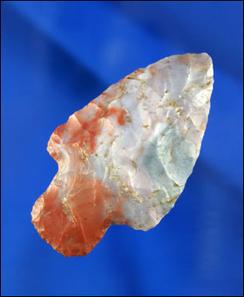 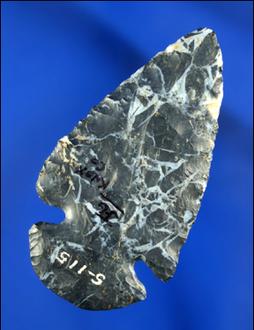 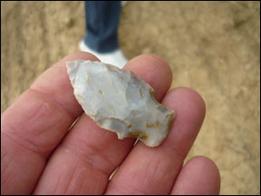 Paleo Indians used thrusting spears, and at some point during the Paleo period, the atl-atl was believed to have been invented. The Atl-atl is a hand held spear thrower that acts as an extension of the arm allowing man to throw his spears with more distance and impact power.

I am sure that the Paleo people hunted smaller game such as elk, deer and turkey – but they are best known for being the only Indians to hunt the megafauna – the large extinct animals such as wooly mammoths. By the end of the Paleo period, the age of the large mammals had come to a close with their final extinction. 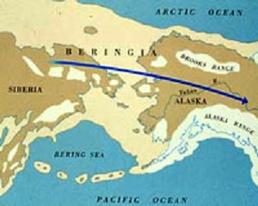 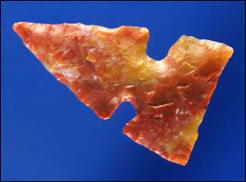 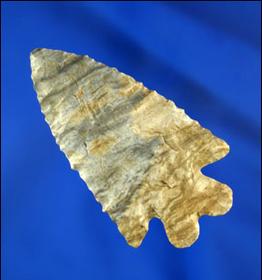 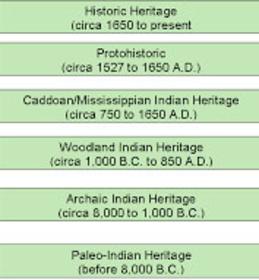 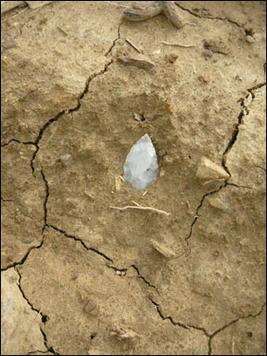